Earth Day 2016 – Recycle and reuse the plastic you use

We’ve all been told that we should recycle plastic bottles and containers. But what actually happens to the plastic if we just throw it away? Check this video and learn more.

We’ve all been told that we should recycle plastic bottles and containers. But what actually happens to the plastic if we just throw it away? Emma Bryce traces the life cycles of three different plastic bottles, shedding light on the dangers these disposables present to our world.

Some important facts and hazard about plastic usage and littering: 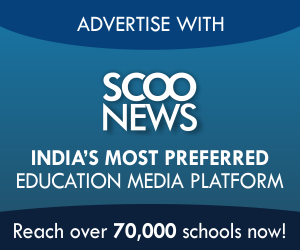 Road safety to be included in UP curriculum

No ‘sir’ or ‘madam’ in Kerala schools anymore?

The need to Re-design School Curriculum

50 bicycles were given away to girl students in Haryana

A Step Towards Mental Well-Being

CBSE Board Exams 2023: Competency based questions for students

WEBINAR | Gamification in Education: How Digital Badges Can Boost Student Motivation and Engagement

SCOONEWS | WEBINAR | WHY DIGITIZING YOUR SCHOOL IS A MUST | TEACHMINT